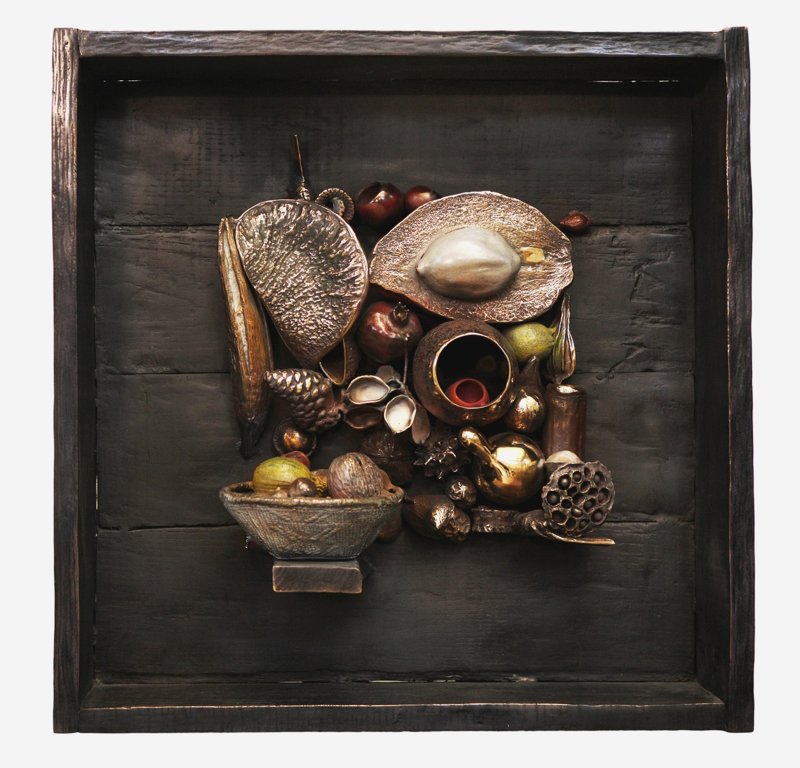 
You could be forgiven for being bored by still life painting. We’ve seen van Gogh’s Sunflowers so many times we feel nauseated by the prospect of anymore. It’s the first thing they teach you in art class in school, so almost by association they’re boring. Flicking channels on the TV, you can come across a dry documentary narrated by a drawling and salivating voice, looking at countless Dutch Golden Age still lifes. It’s the natural reserve for the middle-class Sunday painter.
But really, still life has a fascinating and enthralling history. If I tell you that the Protestant Reformation had a profound impact on it you’re likely to scoff at my “fascinating and enthralling” comment. But either way, the emergence of this non-religious art genre is a Lutheran idea. The new art of the reformation was to be quiet and still, moralising and reverent – but free from religious imagery. For most of history, still life was subordinate to the epic painting of history, mythology or even portraiture. Over time and with the democratisation of art we’ve lost this hierarchy. But still, we’re bored. 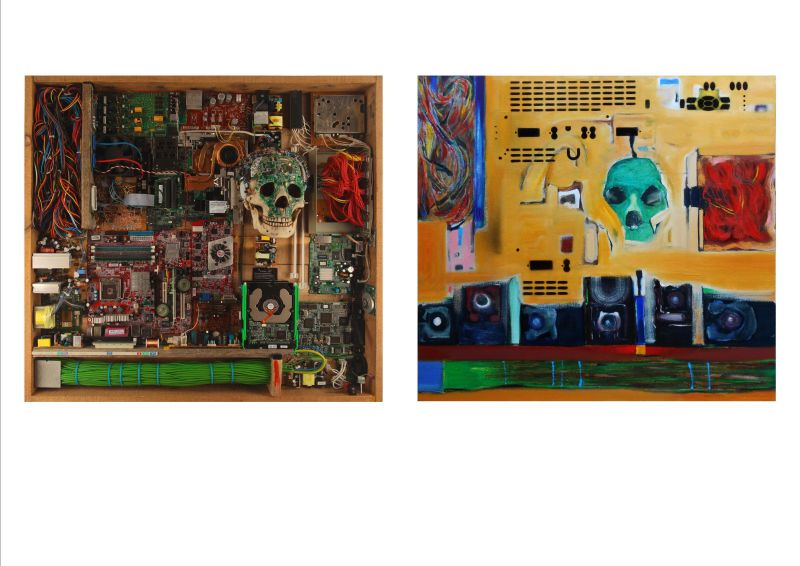 The topic of this article came up when we heard about the new exhibition by the Greek artist Stavros Kotsireas. Athenian born painter and sculptor Kotsireas got his MA at the Royal Academy of Fine Arts in The Hague, the Netherlands. It’s an interesting synthesis then – Greek artist, Dutch training. What he has done, in this new body of work, is to turn the still life genre on its head. The exhibition is called ‘Juxtapositions’ and features paintings made from still life featured alongside the still life compositions which inspired them. The artist has a background in set and costume design which is evident in these compositions. They’re sculptural melodies, varying in relief density and coated with patina, giving the effect of a relic. In presenting the object of inspiration next to the finished art object, he challenges the hierarchy of value, our eyes flicking from one to the next wondering where to focus. 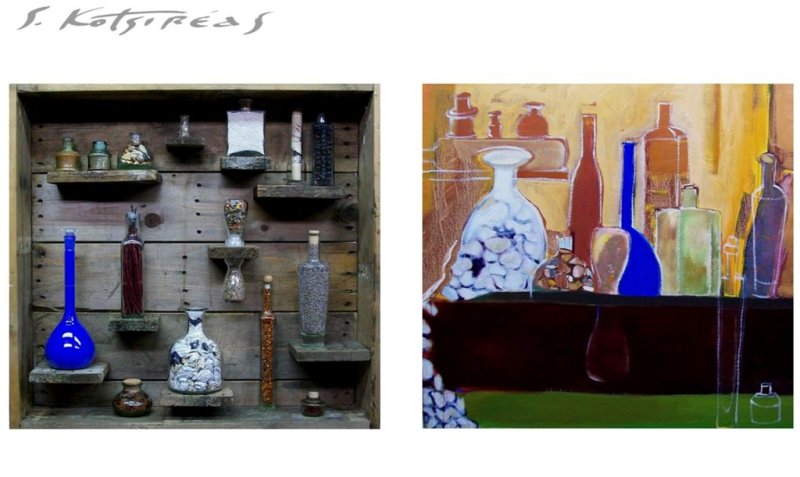 “Creativity is part of our humanity – I want people to see what inspired me to create”.

Kotsireas very consciously takes the inanimate object out of the natural world and places it within his art and in doing so gives expression and beauty to lifeless matter. The creative process is exposed.
The exhibition also features 8 bronze sculptures created in collaboration with Athens-based V&P TASSIS. They come under the umbrella term of Kotsireas’ ‘Silent Nature’ which started in 2014 and is an ongoing project.

We got in touch with Stavros and asked him a few questions
.
Do you see your work as Vanitas?
“My interest in the still life genre is less about using symbolic objects to remind the viewer of their mortality and of the worthlessness of worldly goods and pleasures [i.e. vanitas] and more about challenging the notion that there is a hierarchy of value between a still life painting and the original source of inspiration. By juxtaposing the source of inspiration and the painting I hope to reveal the real value of the work, as the space between the two . . . the creative process.

Creativity is part of our humanity – I want people to see what inspired me to create – that’s why I bring still life arrangements out of the studio into the gallery. I want to demystify aspects of the creative process”

Do you see your work as a cohesion of Greek and Dutch artistic traditions?
“Others have drawn this conclusion about my work, but for me, not really. That being said this work certainly marks a return to my origins as a painter and the intensity and rigour of my early still life classes at The Royal Academy in The Hague, The Netherlands. I am also making a conscious return to the Hellenistic traditions of the still life, in the sense that secular still life murals, mosaics, vase and easel paintings were certainly a feature of ancient Greek art.” 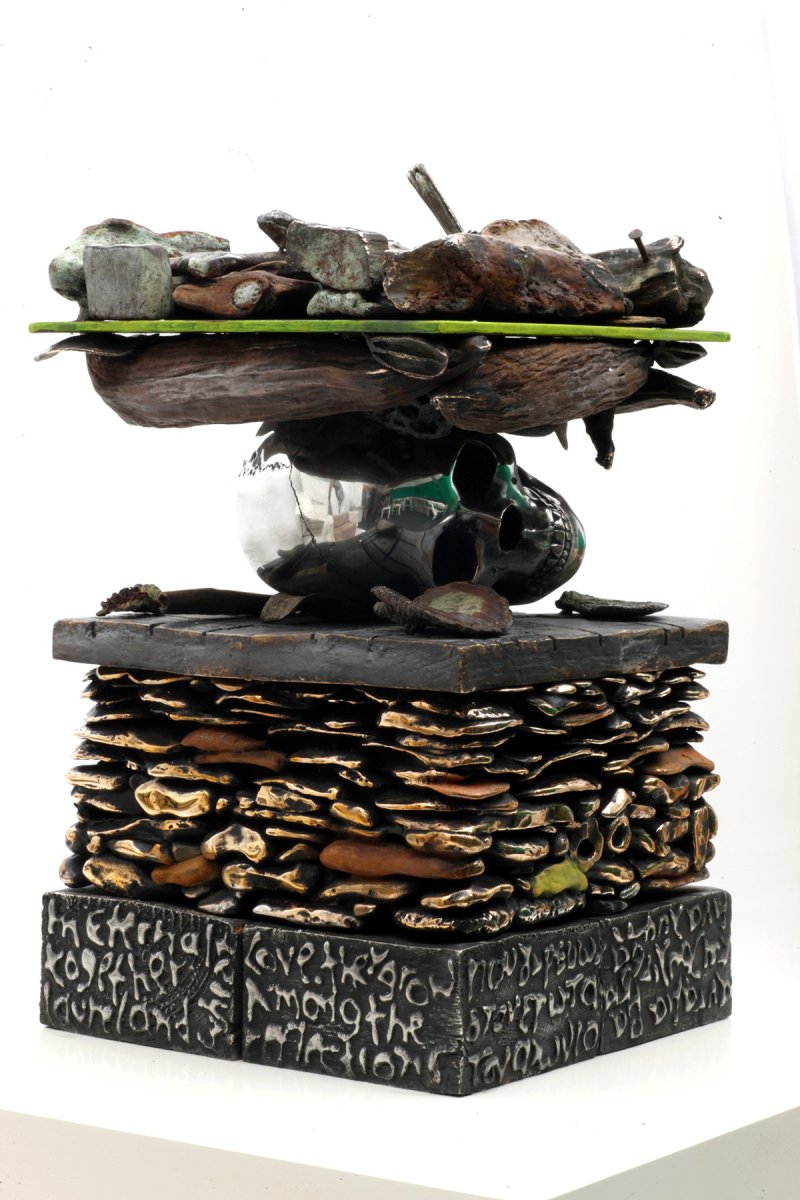 The exhibition runs from the 29th of May till the 11th of June at the Copeland Gallery in the Bussey Building, Peckham
ALEX SCOTT, Cent Magazine
Next
Previous